It’s a known fact by now that Alfa Romeo’s product lineup will be ultimately reduced to just for models: Giulia, Stelvio, Tonale, and a smaller crossover. The latter has already been confirmed for a 2022 release and will go down in history as the company’s very first EV. While additional official details are scarce at the moment of writing, Autocar claims to be in the know regarding the zero-emissions Alfa.

Unlike the aforementioned Tonale with its Jeep-sourced plug-in hybrid powertrain, the subcompact crossover will adopt hardware accessible following the FCA-PSA merger. That means Alfa Romeo’s EV will likely adapt the eCMP platform that has already underpinned the Peugeot e-2008 and the smaller DS3 Crossback E-Tense. 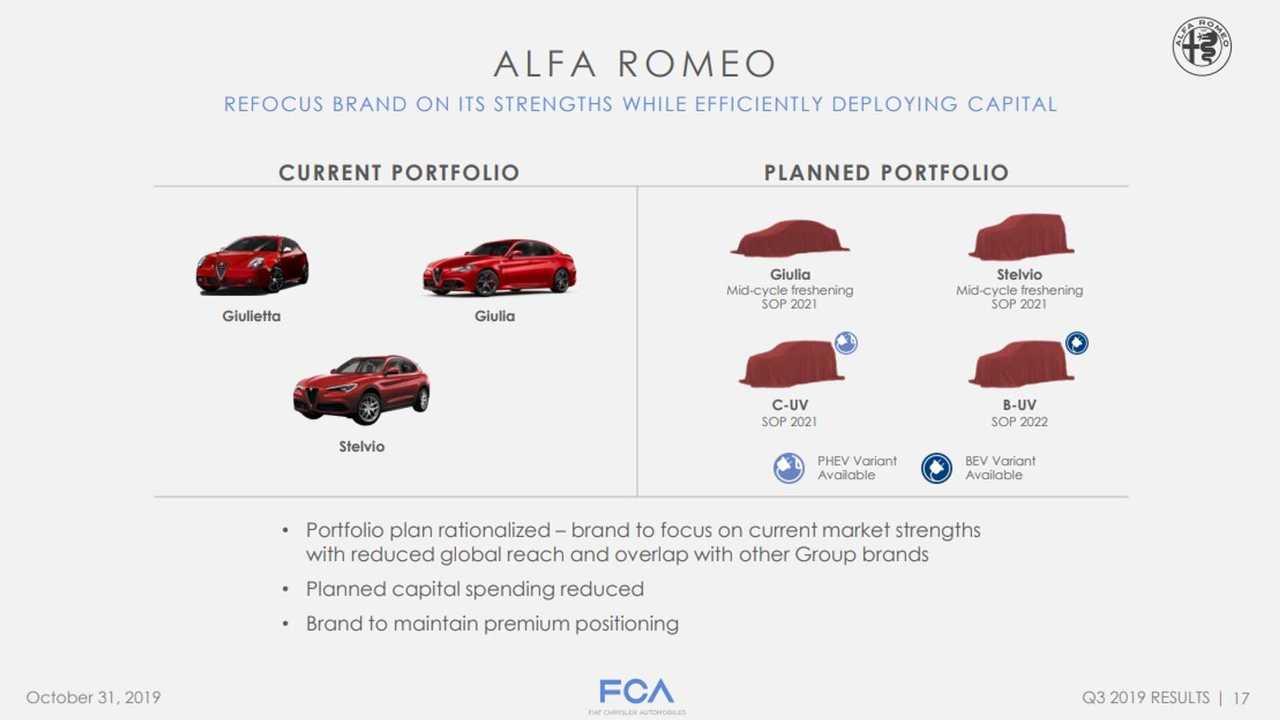 Projected advancements in EV tech corroborated with Alfa Romeo’s sportier nature will make the unnamed tiny crossover more exciting than its French counterparts. While the e-2008 offers a relatively modest 136 horsepower (101 kilowatts) and 192 pound-feet (260 Newton-meters) of instant torque from its single electric motor, Autocar suggests the equivalent Alfa will be more powerful. It should also offer a better range between charges than the WLTP-certified 193 miles (312 kilometers) of the Peugeot with its 50-kWh battery pack.

Speaking with the British magazine, an Alfa Romeo spokesman said: “For electric, we will stay consistent to Alfa Romeo’s sportiness and use electric motors for a performance approach. We’re looking to achieve an Alfa Romeo customer’s expectations but also [those of] customers looking for comfort.” He went on to add the new EV will pump out artificial sound through the speakers, but he insisted there won’t be “fake things inside Alfas.”

Tonale Is The Top Priority Now:

Although not mentioned in the report, it would make sense for Alfa Romeo to offer its pint-sized crossover with conventional engines as well to lower the asking price and thus broaden the vehicle’s appeal. That’s especially true when you consider the hardware is already there, with Peugeot selling the 2008 with a turbocharged 1.2-liter gasoline engine with up to 155 horsepower and as much as 130 hp from a 1.5-liter diesel.